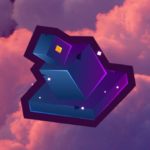 • The Forest Pack is a bundle of MythicMobs custom mobs that has 12 custom mobs including 3 bosses that each have their own special and unique skills to show!

• Say hello to a whole new variety of Forest mobs!
• The Forest Pack is a bundle of MythicMobs custom mobs that has 15 custom mobs that each have their own special and unique skills to show!
• If you’re looking for something to spice up your forest biomes, then this is it.

❖ (BOSS) Grove Keeper
• One of the two guardians protecting the forest.
• As one of the guardians of the forest, it has the power to summon Dryad Protectors at his side.
• Through its innate magic power, it can cause the ground at the target’s location to burst and send the target up in the sky!
• A basic skill for both guardians, to be able to empower their fist and launch the attacker away with immense force!

❖ (BOSS) Forest Walker
• One of the two guardians protecting the forest.
• From the warmth of sunlight, it returns to its roots temporarily and absorbs sunlight to heal itself.
• Unlike its comrade the Grove Keeper, it does not have magic power but its rallying ability is much higher! It can rally ALL nearby Forest Creatures to aid him in battle!
• A basic skill for both guardians, to be able to empower their fist and launch the attacker away with immense force!

❖(BOSS) Goblin Chief
• The leader of a pack of goblins that resides in the forest.
• As a chief, it has the authority and power to be able to summon Goblin Minions to aid him.
• Due to its weak stature, it has developed a stance that increases its damage resistance in return for slower mobility.
• With his main weapon, a battleax. It has learned how to use it as a ranged weapon by throwing it at its target.

❖ Dryad Protector
• A faithful warrior of the forest, for years it has been protecting the forest with a bow in its hands.
• As a blessing from the Guardians of the forest, there is a chance for them to have an increase in speed when they fire their bows

❖ Razorvine
• A secretive creature of the grove. Its body is covered in sharp vines.
• Using the vines as its armor, it can reflect damage back to the attacker whenever it is being attacked.

❖ Forest Witch
• A witch that has dabbled in nature magic, who knows what magic she can conjure.
• Using her nature magic, she was able to concoct a potion that summons a Venemous Plant, the potion will be hurled in the direction of the player.

❖ Venomous Plant
• A weird plant created by the Forest Witch.
• It can shoot poisonous projectiles towards the nearest player as a defense mechanism.

❖ Bramble Leaves
• A small creature is hidden within that bundle of leaves.
• The creature within doesn’t like to hurt anyone, so it will run away whenever it is attacked.

❖ Mossy Slime
• A slime variant where its body is covered in moss with a poison property.
• Due to the poisonous moss covering its body, whenever it attacks it applies a poison effect on its target.

❖ Treant
• A sturdy and sentient tree born from the magic of nature.
• By focusing the magic within its body, it can strengthen its bark to increase damage resistance for a period of time.

❖ Pine Cricket
• A small and shy pine creature. It would run away when a player is near.
• Because it used to be a pine cone its body can be used to temporarily stun the attacker.

❖ Poisonous Fungi
• A mutant fungi that have much more poison within it compared to other fungi.
• As a fungi, it can puff out poison every few seconds as an offensive mechanism whenever it is attacked.

❖ Mossdog
• A dangerous dog covered in moss, it’s quite mobile even with all the moss covering its body.
• Due to moss and vines covering its body, the target can easily be strangled within it, while Mossdog will chomp you again and again.

❖ Woodland Hunter
• An adventurer based in the forest who has the blessing of the guardians.
• The hunter has archery skills comparable to the mythical elves in the sense he has a chance of firing multiple(3) arrows in one go.

Check out the showcase video here!