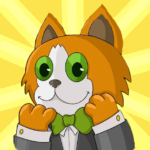 Welcome to Banathe's store where you can find ample amount of various Minecraft assets such as mobs, bosses and weapon sets!

“I dreamt for so long. My flesh was dull gold…and my blood, rotted. Corpse after corpse, left in my wake… As I awaited…his return….Heed my words. I am Malenia. Blade of Miquella. And I have never known defeat.”

The Blade of Miquella has few weaknesses and leaves barely any openings for you to exploit. She resides in her lair, the Haligtree. You can’t reach it until near the end of your journey, by which time you should have leveled up yourself and your weapon a fair bit.

– You can time your parries after a few fights with Malenia.

– Some attacks cannot be parried.

– Each attack you make after a succesfull parry deals a good deal of staggering damage.

This Boss Fight Pack does not include the Haligtree.