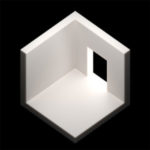 This Collection of Desert and Badlands themed mobs is sure to bring some life to those otherwise barren wastelands.

A neutral mob that glides across the vast dunes of your minecraft world.

A neutral mob that roams the desert.

A semi-neutral mob who likes personal space, if you get too close he will give you a squirt of blood from his eyes.

A decorative addition the the desert and badlands, is essentially a baby cactus that eventually can grow to be a big cactus.

Unpredictable Cyclone of Dust! This small twisting terror can pull in unsuspecting mobs or players and slowly damage them.

Environmental addition, occasionally the player will encounter a tumbling ball of drybrush.

An Emerald come to life, once it dies it turns back into an emerald.

The Giant of the Badlands, perfect for riding across harsh environments. (Husks cant reach you from the height of the camels back!)

The Plague of the Desert, capable of bringing the strongest willed warriors to their knees! Capable of a mighty swing of his cane, an area of effect spell that brings lost souls to grab you and during his final moments he will exude a cursed cloud of pestilence and summon mummies to fight by his side.

Once defeated, the player can also claim his Nemes as a trophy!